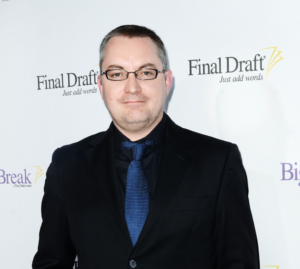 MARIA is an ex-pilot for the Mexican Air Force turned drug runner. She’s been exploited all her life and she’s up for one last mission—this one for herself. She claims her father’s been kidnapped by a vicious cartel and it’s up to her to rescue him.

PETER, recently divorced, has just been let go by the DEA in a budget cut-back. He’s alone, depressed and up for revenge. On his last day, he walks out the door with a briefcase packed with cash seized as evidence by the DEA—and, after scouring the files for a drug runner, Maria’s dossier.

When he approaches Maria at her favorite haunt, she suspects nothing. Attracted to him, she’s happy for the company. Soon, the two join forces and set out for Mexico.

The pair have nothing in common except secret criminal plans, but they find themselves falling in love. If they play their cards right, they might come away with something even more valuable than money, something that neither of them were looking for: a soulmate.

David retired to Northern California from Massachusetts several years ago and took up writing screenplays – not golf.  He is a “gen Boomer” devotee of 1930s to 1950s movies that feature dialogue, romance, and humor.  He naturally tends to write contemporary takes in those genres that might appeal to younger audiences as well as all age groups.

His writing education has been limited to basic composition at college, a creative writing class with a Tufts University professor and a beginner’s screenwriting course at Santa Rosa Junior College. CHARMER is his first “completed” script.