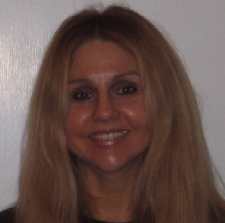 The Boy on the Cover by Elizabeth Savage Sullivan

Like Blood Diamond, Beasts of No Nation, and Salvador, THE BOY ON THE COVER explores redemption, greed, hate, war, and love in one of the most war-torn countries in Africa.

For a photojournalist in the Democratic Republic of Congo, violence demands pictures – and no-one took a better photograph than JACK BENTON because ethics played no part in how he got the shot.

As a young, rock-star journalist in the Congo, Jack taunts boy soldiers to give him something new, not the same old atrocity. A woman is stoned to death, and as she falls her toddler son emerges from her skirts, smiling with cobalt blue eyes.

The picture wins Jack a Pulitzer Prize and goes “viral” – as does Jack’s reputation for causing the woman’s death.

After 20 years of self-imposed exile, on the anniversary of the picture’s publication, Jack is lured back to the world of photojournalism. He returns to the Congo to find the blue-eyed boy, now a rebel leader called “Blue”, who has a reputation for avenging women who have been brutalized.

THE BOY ON THE COVER shows the fate of two lives forged by the click of a camera and a picture that moved the world.

Elizabeth Savage Sullivan started life in Chicago, Illinois, but the majority of her life has been lived in California. She has earned several degrees including a JD.

Elizabeth has had a life long love affair with movies and books, which most likely, along with her politically active parents, inspired a a passion for social justice. She writes stories, most of which have strong, unusual female protagonists, that explore and sometimes expose aspects of society that are hidden in the dark where injustice thrives.

She has written six screenplays, has been a Nicholl semifinalist several times for three scripts, including THE BOY ON THE COVER. Her scripts have won or placed in other competitions such as: Page, Austin Screenplay Completion, LA Intentional, Chicago International, Cynosure, LA Neo Noir, Capital One, Fade In, WIF, Meryl Streep sponsored competition, and others.